Tips for Being a Better Gamemaster: Part 1

Okay, so here’s the deal…

I wanted to do a quick post about how to be a better gamemaster for roleplaying games. It’s something I’ve done a lot of over the years and I enjoy talking about it. After more than 20 years of playing RPGs, I suppose I’ve put in enough time to talk about gaming with some degree of authority. The original intention was to make a list of five gamemastering tips, get in, get out, and move on to the next thing.

Then I started writing and the first two points ended up being long enough for a single post. As anyone who’s ever texted me could tell you, this happens to me a lot.

So I decided to expand the list to ten points and sort of parcel them out over the next few weeks. I probably won’t do one every week, but I’ll keep them coming fairly regularly.

Tip #1: Listen To The Players

This one is first on the list of gamemastering tips for a reason. The players are almost always the best resource you have at your disposal. They will almost always tell you exactly what they want to do and what kind of game they play. All you have to do is listen to them, absorb what they say, and give it back to them with a bit of a twist. Honestly, it’s really amazing the things you’ll hear players say and do at the table. Oftentimes, they’ll come up with ideas or theories that are way better than anything you thought of. That’s fine. Don’t be precious about whatever plans you had in mind. Trust me, everyone will remember the game where you scrapped your entire adventure plot because something a player said much more fondly than the game where they dutifully chased down the threads of your plot thread for the 500th time.

Look, nobody is playing your game because they want to experience the storyline you’ve crafted for them. I’m sorry, they just aren’t. Any GM who tells you that their players love their games because of their great stories is either lying or has a group that spends most of the game on autopilot waiting for the next combat encounter because that’s the only time they get to make actual decisions. If you want to tell an epic story, go write a novel.

Now, that doesn’t mean you can’t have plans for a story or campaign. I’m kind of infamous for more or less winging games off the top of my head, but if I’m being serious about a session or campaign, I’ll at least sketch out a broad outline of what could happen and come up with a somewhat detailed list of characters to meet, places to go, and problems to be solved. But part of being a good GM means that sometimes you have to throw out your plans because the players are interested in doing something else.

And that’s fine. It’s a roleplaying game, not open-heart surgery. Players will forgive you some rough patches here and there if the overall experience is enjoyable in the end. And if they get to do things they’re interested in doing, they’ll probably have a good time.

Roleplaying games are all about momentum. There’s an ebb and flow to them that’s difficult to manage when you’re just starting out. Games can accommodate some bumps in the road and some detours, but let things meander on for too long and you’ll wind up losing everybody. There are generally two versions of this. In the first, the players are just straight-up bored or stumped. They don’t know what to do next and they’re becoming disengaged. People start checking their phones, they draw pictures in the margins of their character sheet, or they engage in totally irrelevant side conversations.

When this happens, you need to make something, ANYTHING, happen to get them back on the move. The famed noir writer Raymond Chandler once said that the basic rule of writing fast-paced pulp detective stories was: “When in doubt have a man come through the door with a gun in his hand.” This is especially true of RPGs. When in doubt, somebody in the tavern picks a fight with the characters. Why? Who knows? You can figure it out after the brawl.

In the second case, players get too wrapped up in their own planning to actually do anything. This is the situation where they spend an hour planning every last detail of a heist, right down the point of having a backup plan for their backup plan. There are two problems with this. First of all, it just becomes a big waste of time after the initial concept of the plan is laid out. They’ll never feel like they’re fully ready to actually get started. Second, they get so invested in the plan that if you do anything to throw a wrench into it, they’ll very likely get upset and feel like you’re pulling the rug out from under them. When they seem like they have a firm idea of what they want to do, start trying to push them out the door. They’ll be glad you did afterward because it means they’ll be able to get back to the game.

These are probably the two most important things I think every GM should keep in mind. But I’ve got plenty more gamemastering tips where they came from, so keep an eye on this blog for more tips that will make you a better GM.

Building Excitement for Your RPG Campaign
Venture Into the Weirdwood… 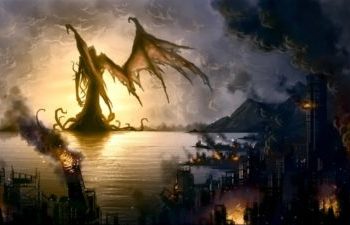 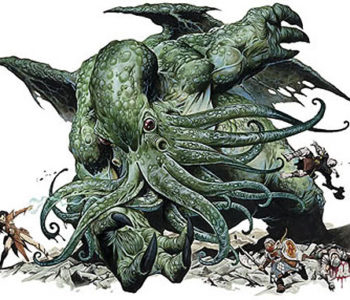